Day 8: Sunday
The group that was in Campbellton participated in their morning service and in the afternoon, we all attended the service at St. Luke's. After staying at the church for a week for meals and setting up, it was good to see the congregation again and to see the church being used by people other than us. During the service, Kim and Shoolie performed a small skit depicting a conversation between a woman and God. She told God her list of things she needed to be done, and He simply told her to give all those things to Him.

That evening, some of us went to play soccer with Chaleur Generation again (Can you tell we like soccer?) and some of us did some finishing touches on the VBS decorations. Bathurst has fireworks at the end of their summer festival, Hospitality Days. So many people came to watch, the entire bridge and waterfront were filled with people!


Day 9: Monday
Welcome to day one of VBS! We learned that God's love helps us stand strong! I was so excited to see lots of kids from last year and some new faces too. Since I was a station leader, I was in charge of taking 6 kids around to the different stations throughout the morning. I love being a station leader, because I get to experience VBS with the kids by going to each station with them. These stations include Tournament Games for kingdom related games, Chadder's Royal Theater for a daily video, The King's Kitchen for a tasty snack, Epic Bible Adventure for an awesome bible story and the Imagination Station for fun experiments. 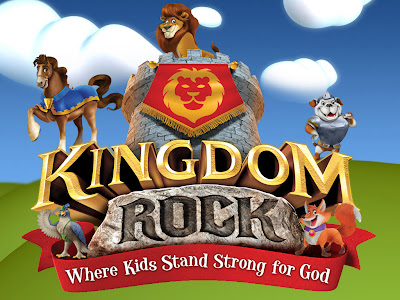 Day 10: Tuesday
VBS day two was just as fun as day one. We learned that friends and family help us stand strong! During the Epic Bible Adventure, the kids learned about how Esther's cousin Mordecai helped her stand strong. The kids encouraged our very own Esther before she had to talk to the King.


That evening we went deep sea fishing! While some of us caught more than twenty fish, I managed to get five mackerel and two cod. Kim even caught a jellyfish tentacle (Gross!). Those with strong stomachs helped gut and clean the fish before we took them home. But the best part of catching all those fish is eating them!

Day 11: Wednesday
On day three of VBS, we learned that prayer helps us stand strong! During VBS, Landie, Christian, and Shoolie became Sir Brodie, Sir Gogos-A-Lot and Sir Flight. To make VBS a little more interesting, we decided to make a couple of videos of our knights looking for and slaying a dragon. The first one showed Sir Brodie escaping from the fire breathing dragon during training.

Day 12: Thursday
Our energy levels were running low on the fourth day of VBS but we managed to stay energetic for the kids. We learned that trusting God helps us stand strong! That evening, we had a combined worship service with Chaleur Generation. Since they are a bilingual group, we sang songs like Forever and Revelation Song in both French and English. I can still remember that chanton means sing praise.


Day 13: Friday
The final day of VBS is always bitter sweet, especially since we have to wait another year before we see the kids again. We learned that God's word helps us stand strong! Our knights finally slayed the dragon at the Fanfare Finale and they got to share how God helped them stand strong. Parents that came early were able to see a little bit of what we've been doing all week. Lunch was also provided, giving us the opportunity to say our final goodbyes and to meet parents and family members.

We had dinner at a seafood restaurant near Pabineau Falls. We would have visited the falls after, but it was raining. A lot. So instead of taking our team picture at the falls, we went to the gazebo by the waterfront.


Then we headed back to the church for our final debrief. This included worship, some time to share what the trip meant to us, and some time to talk in smaller groups. Even some members of the congregation and VBS volunteers joined us.

Day 14: Saturday
Once we finally packed, cleaned up and got into our vans, it was difficult to say goodbye to Bathurst for another year. After another long car ride, we arrived in Quebec City, but this time to stay for a few days.


Day 15: Sunday
I really enjoyed the service at St. Andrew's that morning. Since the church is in Old Quebec, there were some other tourists there too. That evening, we teamed up with the youth of St. Andrew's to create a contemporary worship service. We split up into teams where we worked together to present different parts of the service. This included a call to worship, prayer, worship through art and worship through music.


Day 16: Monday
After a lengthy drive filled with many needed bathroom breaks and Tim Horton's stops, we finally made it back to Toronto.

Even though the title says mission complete, it's not actually over. I can't wait to see what this mission trip is going to bring to the Bathurst community and to our own community here in Agincourt.
Posted by Annie Keidann at 11:13